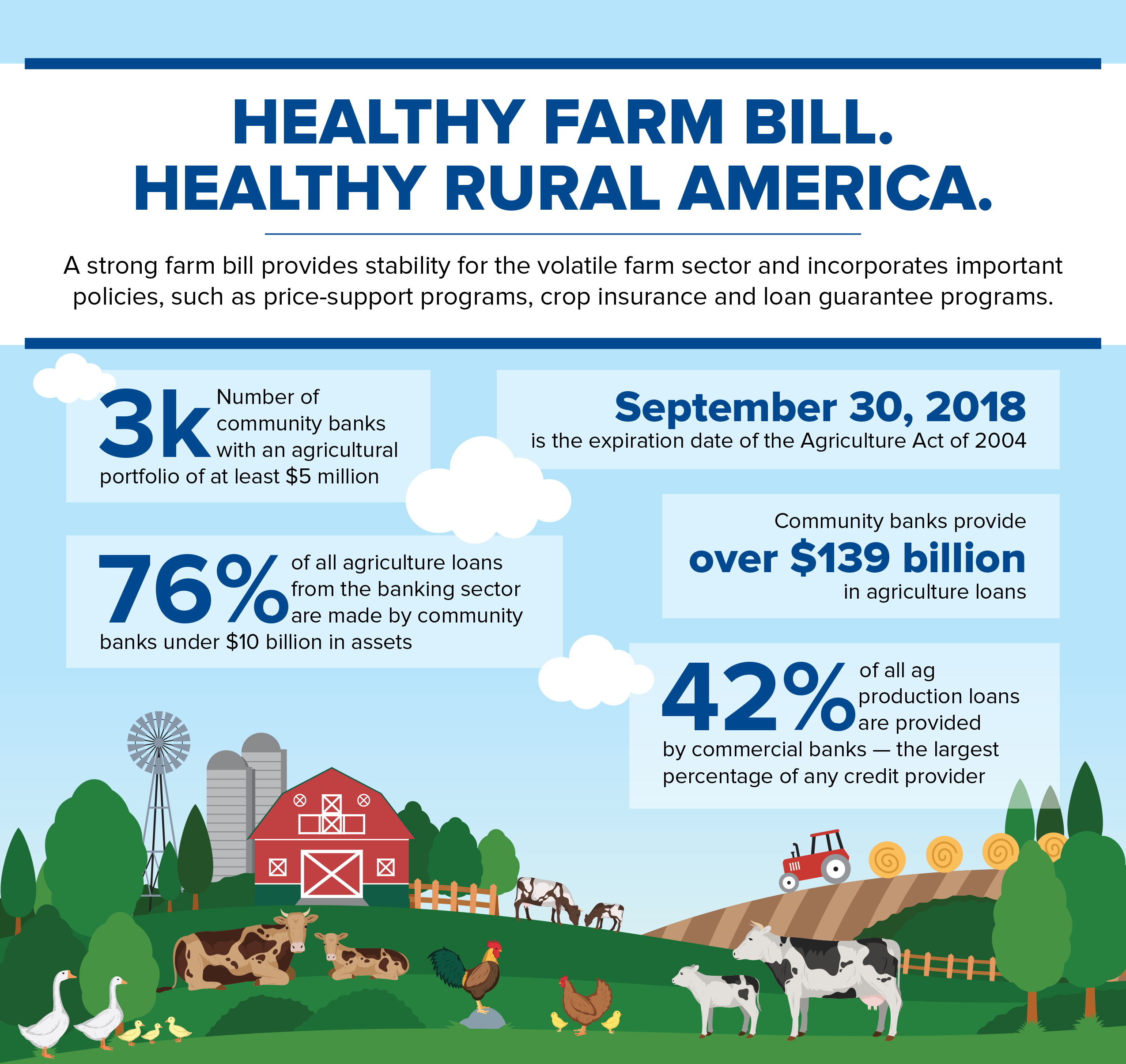 Washington, D.C (Dec. 12, 2018)—Independent Community Bankers of America® (ICBA) President and CEO Rebeca Romero Rainey issued the following statement on the House of Representatives’ passage of the Agriculture and Nutrition Act of 2018 (H.R. 2).

“ICBA applauds today’s bipartisan House vote to pass a new farm bill and send the bill to President Trump to be signed into law.

“The bipartisan bill includes important commodity price protections that will provide producers and community banks with greater business-planning certainty over the next five years. This is essential during an era of low commodity prices, sharply lower net farm income, and foreign trade uncertainties.

“ICBA and the nation’s community bankers appreciate the bipartisan congressional action on the farm bill and urge President Trump to quickly sign it into law.”

About ICBA
The Independent Community Bankers of America® creates and promotes an environment where community banks flourish. With more than 52,000 locations nationwide, community banks constitute 99 percent of all banks, employ more than 760,000 Americans and are the only physical banking presence in one in five U.S. counties. Holding more than $4.9 trillion in assets, $3.9 trillion in deposits, and $3.4 trillion in loans to consumers, small businesses and the agricultural community, community banks channel local deposits into the Main Streets and neighborhoods they serve, spurring job creation, fostering innovation and fueling their customers’ dreams in communities throughout America. For more information, visit ICBA’s website at www.icba.org.