Working Together to 'Wake Up' Congress 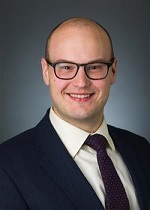 We're a week into ICBA's new "Wake Up" campaign taking on credit unions' risky practices and tax exemption, and the community bank response has been phenomenal.

Community bankers and state community banking associations are using ICBA's customizable resources, including a grassroots alert and op-ed, to open the eyes of Congress and the public to the growing credit union threat.

The following message from Community Bankers of Washington President John Collins to each member of his state's congressional delegation is just one example of how we can keep the pressure on policymakers to level the tax and regulatory playing field between credit unions and community banks.

We represent the 41 community banks in Washington State. My name is John Collins, President & CEO of the Community Bankers of Washington. We want you to WAKE UP to the abuses I see perpetrated by credit unions every day. They have little oversight, have drifted far from their original mission and receive exorbitant tax subsidies.

Their "regulator," the NCUA, is really closer to a trade group, leading to scandals like the NYC taxi medallion scandal, which cost hundreds of working-class families—many of them first-generation immigrants—their livelihood.

Their tax exemption comes from a 1934 law that chartered credit unions on the pretense of being not-for-profit institutions that serve people of modest means with a "common bond" of occupation or association. But now, they are virtually indistinguishable from taxpaying community banks, leading to their purchase of community banks and millions in lost tax revenue. They do not pay rent on military bases, causing community banks to leave 40% of our bases; we provide the exact same service, but aren't given the same access to serve military families.

Combine their annual $2 billion tax credit with free rent and little oversight and you get a nasty cocktail that reduces tax revenue, injects risk into the financial system and threatens the future of our community.

Congress must WAKE UP to these risky practices. Can I count on you to exercise your oversight over NCUA and credit unions to level this playing field?

Well said! For more information and resources on how you can get involved, visit ICBA's "Wake Up" resource center at www.icba.org/wakeup.