ICBA Principles for GSE Reform and a Way Forward 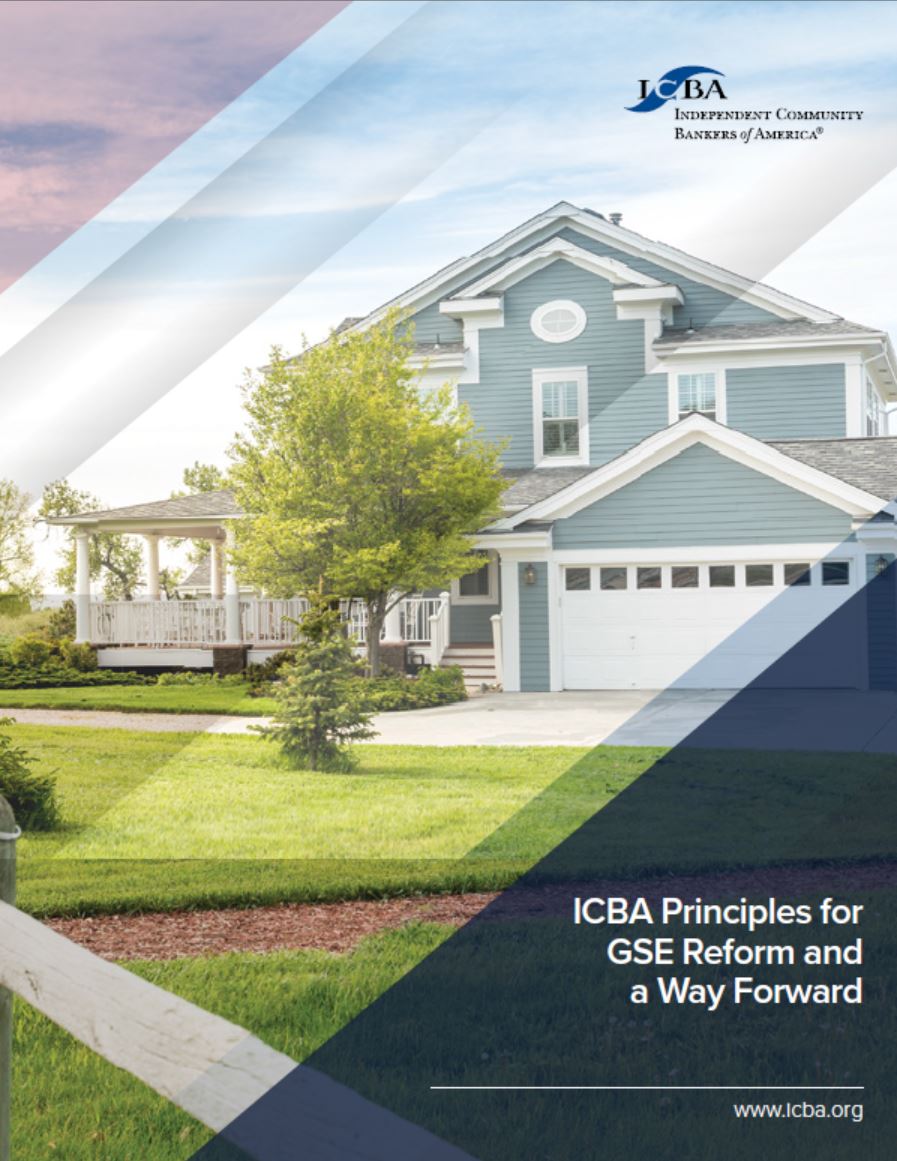 In September 2008, the Federal Housing Finance Agency (FHFA) and the Treasury Department placed Fannie Mae and Freddie Mac (the government-sponsored enterprises, or GSEs) into conservatorship. Described at the time to the public as a temporary “time out” to allow both companies to stabilize, the plan of those policymakers who put the GSEs into conservatorship was to release both institutions from this “time out” once they were financially sound again. More than eight years have passed, and a third administration has inherited these conservatorships.

Unfortunately, Fannie Mae and Freddie Mac have less capital today than when they were placed under control of their regulator and the Treasury. Yet, both companies have returned to profitability and have worked through the majority of their defaulted loans, all while continuing to provide the liquidity to the housing market that’s been critical for its recovery from the worst recession in more than 80 years