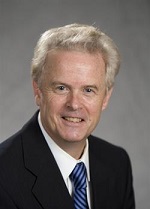 It’s been a long time coming, but community banks received good news this week that deposit-insurance assessment credits are headed straight for their bottom line.

The FDIC announced this week that the Deposit Insurance Fund reserve ratio has reached 1.38 percent, triggering the distribution of approximately $764 million in assessment credits for community banks with assets under $10 billion. The FDIC will start applying those credits in September to offset the 2019 second-quarter bank assessments.

The FDIC was required to offset the cost of increasing the reserve ratio from 1.15 percent to 1.35 percent on institutions with assets of less than $10 billion by surcharging banks over $10 billion and providing assessment credits to banks under that size. Those surcharges ended and the assessments credits were awarded last year when the DIF reached a reserve ratio of 1.35 percent. Under the FDIC’s final rule, the FDIC will automatically apply the credits to banks with assets less than $10 billion once the DIF reserve ratio reaches 1.38 percent, which the FDIC confirmed this week.

Banks under $10 billion are eligible for credits because of a 2016 FDIC rule implementing an ICBA-advocated provision in the Dodd-Frank Act of 2010. It’s been years in the making, but the industry is finally reaping the benefits of that success.

At the time of the original debate, the DIF was in negative territory amid the fallout of the Wall Street financial crisis. Looking at the big picture, ICBA and community banks fought hard to ensure Main Street institutions wouldn’t be stuck footing the deposit-insurance bill for a crisis they didn’t cause.

These DIF credits will be automatically applied each quarter that the reserve ratio is at least 1.35 percent, meaning that banks under $10 billion can continue counting on this meaningful cost savings as they serve local communities nationwide.

Meanwhile, ICBA and community bankers will continue working with Congress and regulators on behalf of other needed policy reforms. As this week’s announcement shows, our advocacy campaigns can be years in the making, but they ultimately pay off.