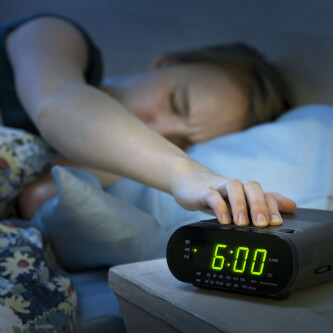 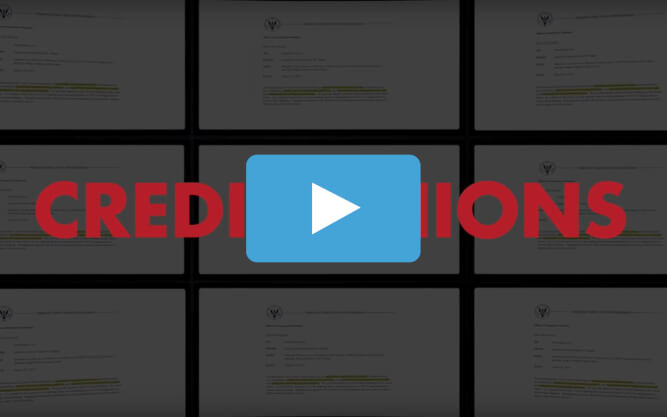 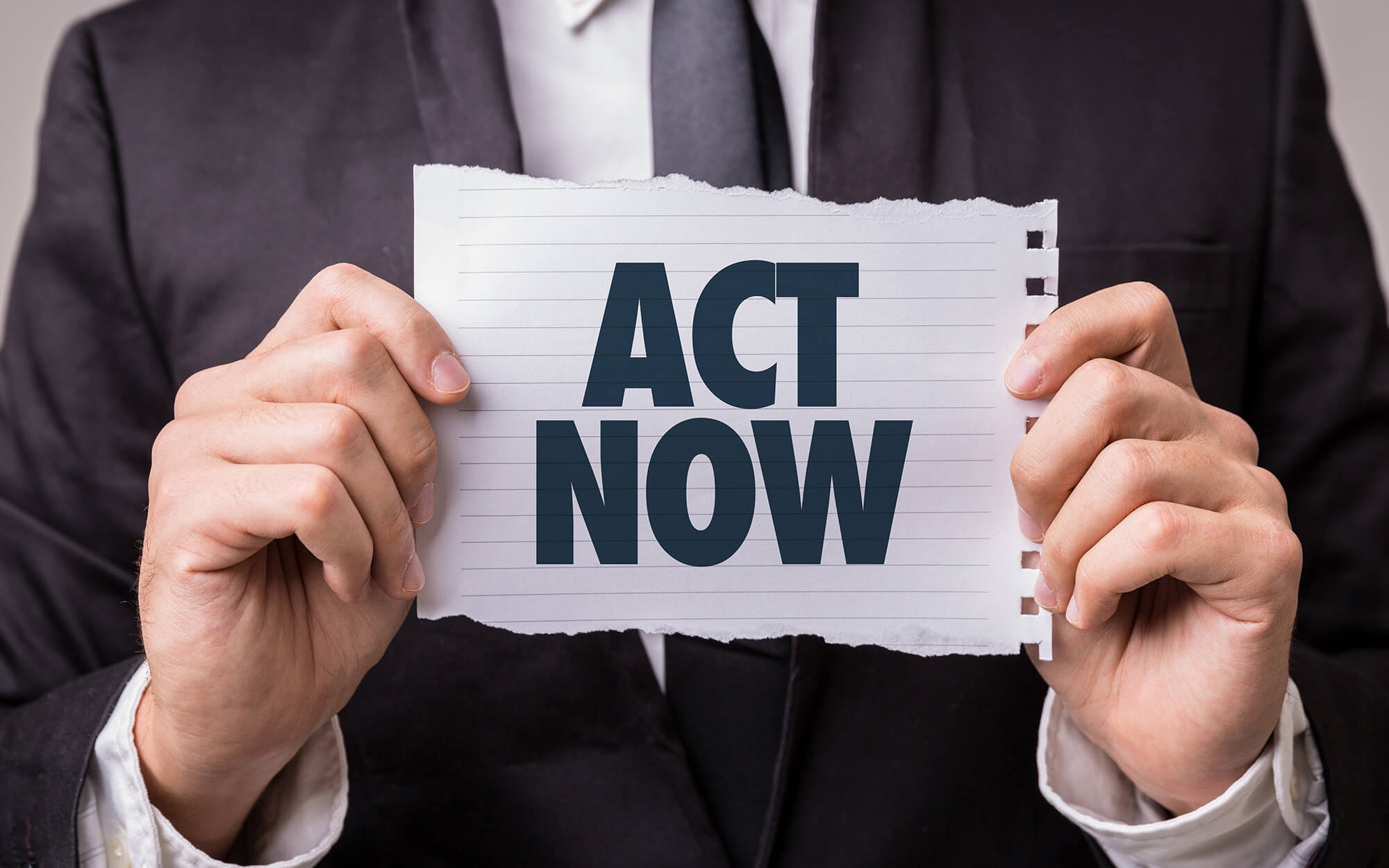 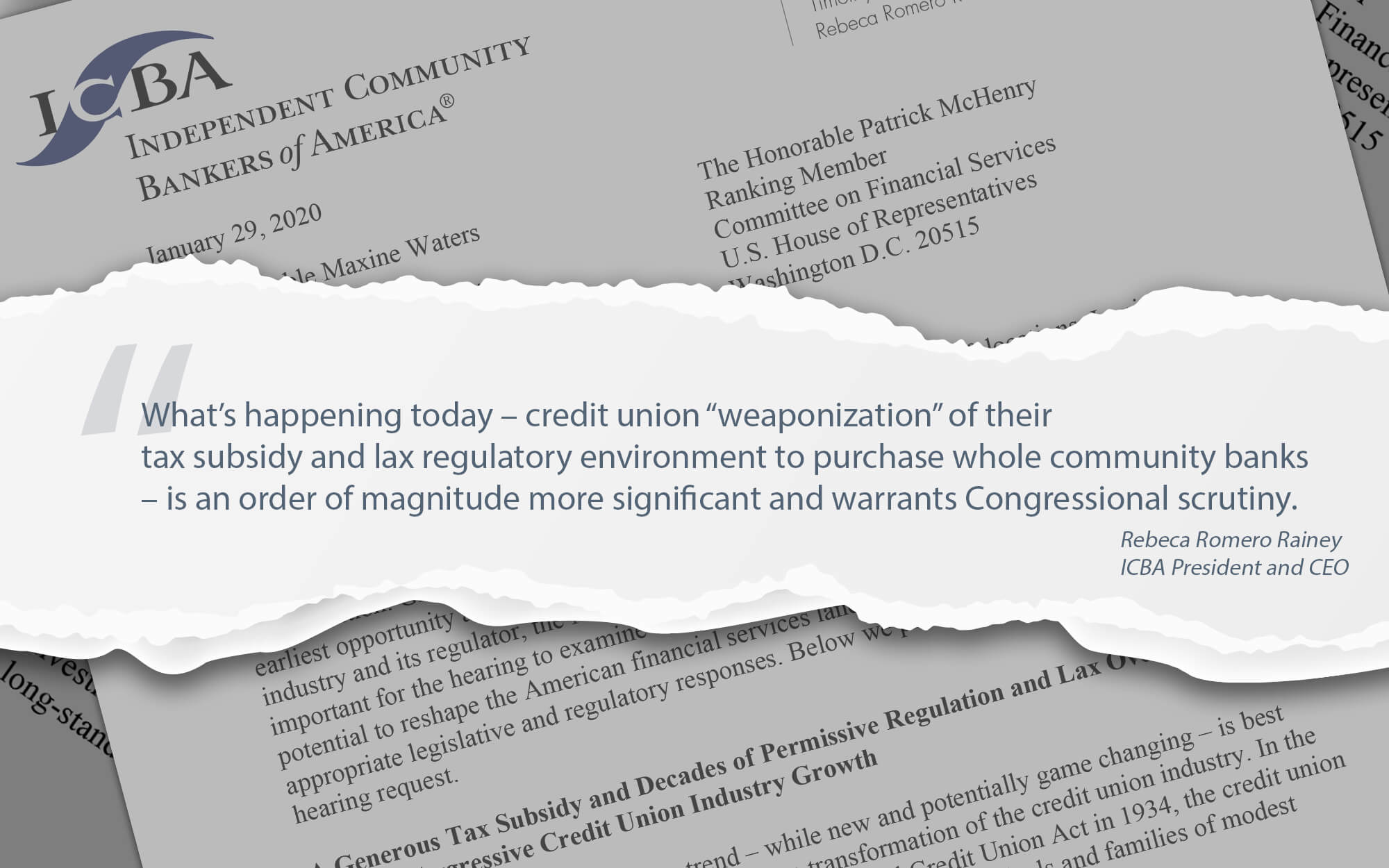 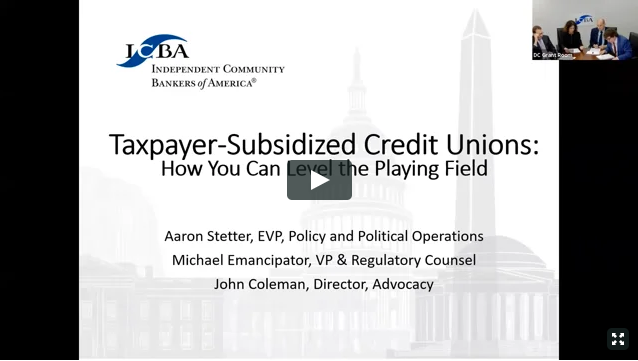 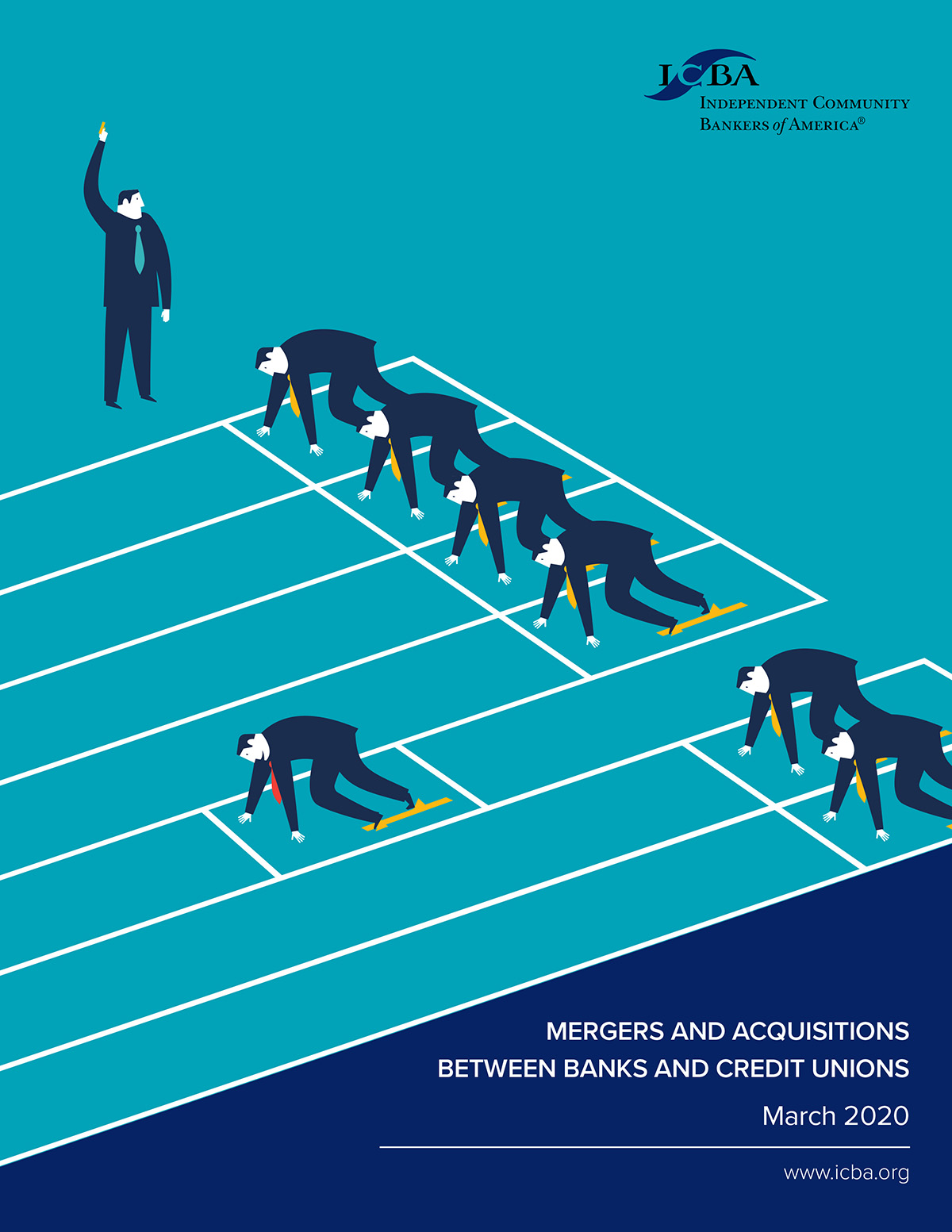 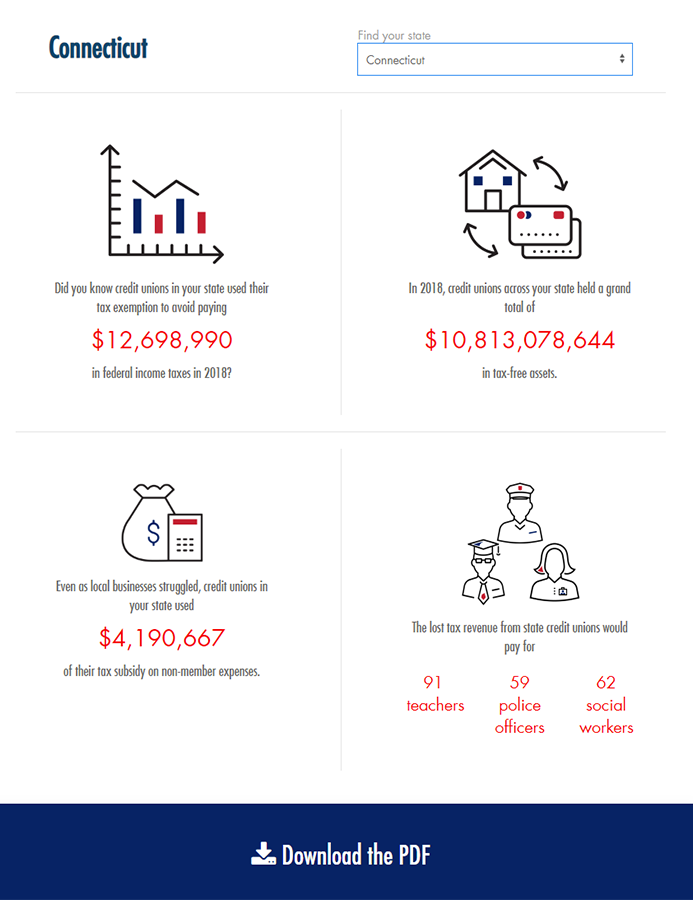 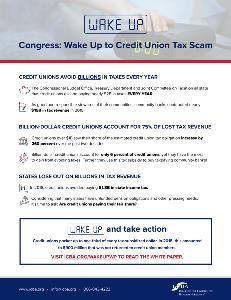 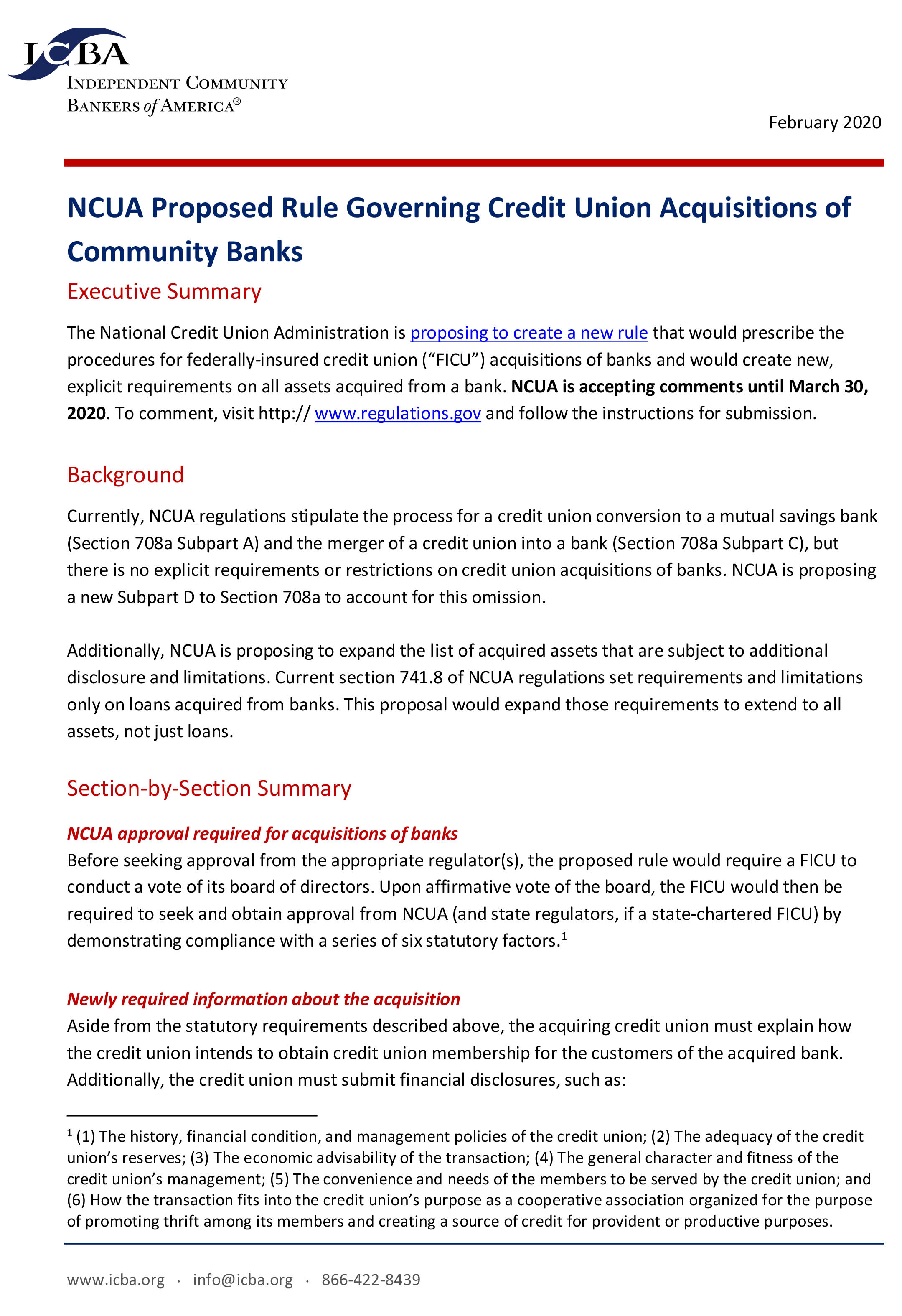 The president, CEO and senior lender at Community Spirit Bank in Red Bay, Ala., wrote that the NCUA's sudden change to its low-income methodology harm community banks and small credit unions alike.

"Credit union executives might not be in the habit of listening to community bankers, but we have a long history of standing up to too-big-to-fail institutions—and the facts speak for themselves," Bolton wrote. "The NCUA is acting on behalf of a select handful of nationwide credit unions obsessed with increasing their assets by designating these entities as low-income institutions and thereby expanding their powers."

Meanwhile, ICBA is calling on community bankers to use its Be Heard grassroots action center to submit comments on credit union acquisitions of community banks, subordinated debt, and congressional oversight.