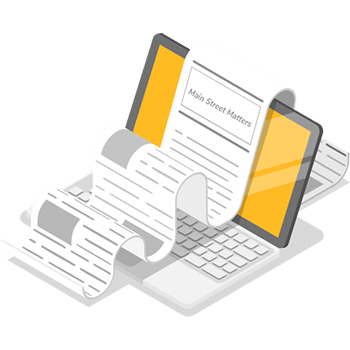 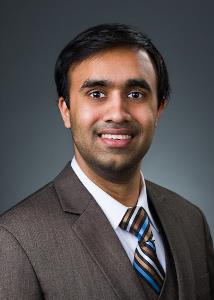 The ongoing coronavirus recession continues to break records as the greatest economic wildcard of our time. While U.S. communities are experiencing a depression in national economic activity, the prospect of financial relief hinges on stalled policy negotiations within an election year.

Aggregate unemployment numbers are an ambiguous amalgam of disparate recovery trajectories among various sectors of the economy, while the stock market continues to trade on investors’ daily bouts of euphoria or hysteria. But yet again, when times get tough, the nation’s community banks push through the challenge and show up for customers and communities. The recently released second-quarter FDIC Quarterly Banking Profile numbers outline a story of community bank resilience and commitment.

Their strength is demonstrated not only through their heroic actions in Paycheck Protection Program (PPP) lending, but also through their increases in net income, modest declines in net interest margins (NIMs), and record growth in net loans and leases. This strong financial performance stabilized net charge-offs and retained robust levels of capitalization across the community banking sector.

This is even more remarkable given the timing: this past quarter saw a 32.9 percent decline in growth—the single largest economic contraction in U.S. history. Furthermore, ancillary financial pressures stemming from unemployment, civil unrest, and the “summer surge” in coronavirus cases complicated the economic climate facing all banks in recent months.

Therefore, the second-quarter statistics are not just evidence of community banks’ resilience in times of economic hardship, but an attestation to the resilience of their commitment to Main Street as a guarantor of essential financial services.

Check out these five key takeaways from the second-quarter data.

Annual net income among most community banks, as defined by the FDIC, increased by 3.2 percent despite a concurrent 273 percent growth in provision expenses in conjunction with downward pressure on NIMs due to the low interest rate environment. 53.8 percent of these community banks reported higher earnings, which amounted to $6.6 billion in the second quarter of 2020 compared to just $202.5 million in the previous year.

Conversely, annual net income for the banking industry as a whole declined by 70 percent to $18.8 billion, with 47.5 percent of all institutions reporting lower net income growth.

So, what set community banks apart from the rest of the industry?

Quarterly NIMs for community banks still dropped by 17 basis points year-over-year but remained well above the 3 percent threshold. This modest decline was nowhere near the 58-basis-point contraction sustained by the banking industry overall, which concluded the quarter with average NIMs at 2.51 percent, the lowest level ever recorded by the FDIC to date.

In both cases, depressed NIMs were the product of declining asset yields, which outpaced funding costs. However, the severe drop in NIMs felt by the banking industry was primarily driven by its three largest institutions: JPMorgan Chase, Bank of America, and Wells Fargo.

As per Figure 2, community banks experienced stagnation in their NIMs as opposed to a clear-cut decline exhibited by large banks. Research has shown community bank NIMs are more sensitive to lower interest rates than large banks because their portfolios mostly consist of high-yield loans, making their performance this past quarter even more remarkable.

While large banks faced the same interest rate pressures as community banks, their income margins were further constricted via emergency actions by the Federal Reserve, which suspended stock buybacks and capped dividends to shareholders.

Earlier, we identified a growth in net loans and leases as the preeminent saving grace for community banks, but what explains their meteoric rise this past quarter?

PPP loans were a major contributor to community banks’ growth in overall net loans and leases due to extraordinary demand by small businesses for a financial lifeline.

As we often mention, community banks regularly service more than 60 percent of small businesses. So it is no wonder most of these institutions originated $148 billion in PPP loans, comprising 62 percent of their aggregate C&I portfolios. These portfolios consequently experienced the highest percentage of year-over-year growth at 69.6 percent, followed by non-farm non-residential loans at 7.1 percent, and 1-4 family residential loans, which grew by 2.7 percent.

As Figure 3 shows, community banks of all asset sizes punched well above their weight class, collectively providing 30.8 percent of outstanding PPP loans while constituting less than 18 percent of assets. Therefore, community banks outpaced the industry by simply continuing to provide essential loans to small businesses, enabling them to offset provision expenses and conclude the quarter with a positive jump in their net income.

Small-business charge-offs should be monitored

As community banks accumulated a record quantity of new loans and leases, net charge-offs among their existing loans and leases remained stable, increasing by just $107.6 million over the past year.

Unfortunately, most of this growth originated from their C&I portfolios, comprising the same small businesses most susceptible to financial insecurity as the lockdowns continued to depress economic activity. These dynamics also caused annual charge-offs to increase by $2.8 billion for the banking industry at large, constituting the largest such growth recorded since the first quarter of 2010.

While large banks also saw the highest percentage of net charge-offs stem from their C&I portfolios, the typical large bank corporate clientele usually has more capital to weather a protracted crisis or can choose to write off such losses as debt, which large banks are able to accommodate.

As shown in Figure 4, charge-offs in C&I loans were particularly prevalent among small banks, which serve small businesses on the front lines of this ongoing recession.

Community banks are proceeding with caution

Finally, community banks have effectively responded to an increased demand for their financial services while assuming appropriate precautions to manage risk and maintain adequate levels of capitalization.

Community banks and the banking industry at large instituted substantial increases to their credit loss provisions, amounting to $1.8 billion and $12.8 billion, respectively. This eroded some revenue but placed all institutions in a better long-term position to weather a protracted credit crisis.

As shown in Figure 5, if community banks across the asset spectrum can remain well-capitalized while providing increased services amid a pandemic and recession, regulators should consider a permanent adjustment of the CBLR to 8 percent. This would include more than 600 banks currently ineligible for meaningful relief from the overly complex capital standards imposed by Basel III.

Altogether, these datapoints reaffirm our belief that community banks are well-positioned to weather this crisis while empowering Main Street to do the same.

Over the past quarter, community banks carefully balanced between an increased demand for financial services and institutional survival through positive bottom lines—placing themselves, their customers, and their communities in a better long-term financial position from which to commence the recovery.

That may come sooner than you think. Declining caseloads and progress on a vaccine complemented by gradual reopenings in certain parts of the country could indicate that the worst is now behind us. Although such generalizations must be ascertained by hard data that continues to come in daily, our economy has begun to show signs of returning to some semblance of normalcy despite many remaining unknowns.

Yet, whether we are truly on the precipice of an economic recovery, or the edge of another retrenchment in a dreaded “W” scenario, the numbers indicate that community banks continue to lead the way forward for their customers and communities during this challenging time.