Waking Up to the Credit Union Scare 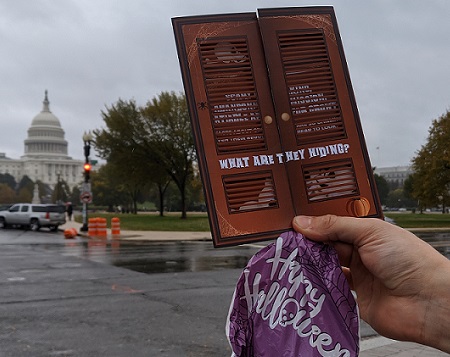 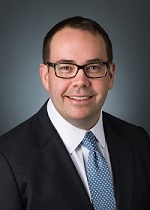 ICBA's new campaign calling on policymakers and the public to wake up to the nightmare of the nation's credit unions is off to a fast start. In just one week, the "Wake Up" campaign already features a grassroots message to Congress, custom communications resources, a white paper on the tax-subsidized industry's mission creep, strong press coverage, and a prominent social media presence.

But with Halloween upon us, ICBA is going above and beyond to show just how scary this unlevel playing field should be to the taxpayers who subsidize it—and to end the spell that credit unions seem to have cast on policymakers.

Several ICBA staffers today are handing out Halloween cards and candy to every congressional office on Capitol Hill to encourage lawmakers and staff to open their eyes to credit unions' risky practices, costly tax subsidies, and irresponsibly lax oversight. Meanwhile, ICBA offers Halloween-themed graphics that community banks can use on social media to raise awareness of this disturbing problem.

In a nod to the see-no-evil, hear-no-evil approach of the National Credit Union Administration, ICBA's card to Congress says: "Scary risk-taking, abandonment of mission, insatiable appetite for growth. The facts about credit unions are so chilling—even their regulator can't bear to look."

ICBA makes clear in its new "Do They Know They're Tax Exempt?" research paper that credit unions have strayed from their founding mission while diverting up to a third of every dollar in tax subsidy they receive to executive compensation, glitzy marketing, multi-million-dollar stadium naming rights, and other luxuries. That should spook not only the taxpayers who fund these extravagances, but the credit union members who aren't seeing those funds reinvested in their own financial well-being.

With ICBA and community bankers sounding the alarm, Washington can no longer hit the snooze button and hide from the credit union menace and their $2 billion annual tax subsidy. Let's continue pressing Congress to enhance credit union oversight and slash the subsidy that continues to haunt taxpayers, including community banks. The good news is this is a nightmare from which we can awake.