Sanjay Bhaskar
Back to ICBA 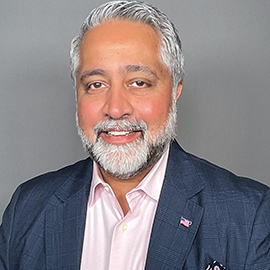 Sanjay Bhaskar has more than 20 years of business development and sales experience. He began his career as a financial advisor in the Washington D.C. region after receiving his undergraduate degree in finance from Frostburg State University.

After spending nearly, a decade advising high-net-worth individuals and businesses at Morgan Stanley and Smith Barney/Citigroup, he moved on to become vice president of sales for a startup, Seneca One Finance, a specialty finance company. Sanjay contributed to a sharp increase in revenue and profit. During his tenure, he also trained and developed sales teams, created marketing initiatives, cultivated funding relationships, and streamlined operations efforts.

Most recently, Sanjay served as the vice president of business development and partnerships with StreetShares, a lending as a service fintech company. He worked closely with financial institutions to provide lending solutions to help gain efficiencies and streamline commercial lending.

With a focus on partnership opportunities, sales, and revenue generation, Sanjay successfully closed a preferred service provider status with the Independent Community Bankers of America, the largest community bank association in the country. He also secured a partnership with Fiserv, the largest banking core provider worldwide. Sanjay was instrumental in the successful acquisition of StreetShares by Meridianlink, a publicly traded company.

In his newest role as chief revenue officer of KlariVis, Sanjay will help drive growth, strategy, and revenue by overseeing the organization's sales, marketing, and partnerships. When Sanjay is out of the office, he enjoys spending time with his family, playing golf, and coaching his kids' sports teams.