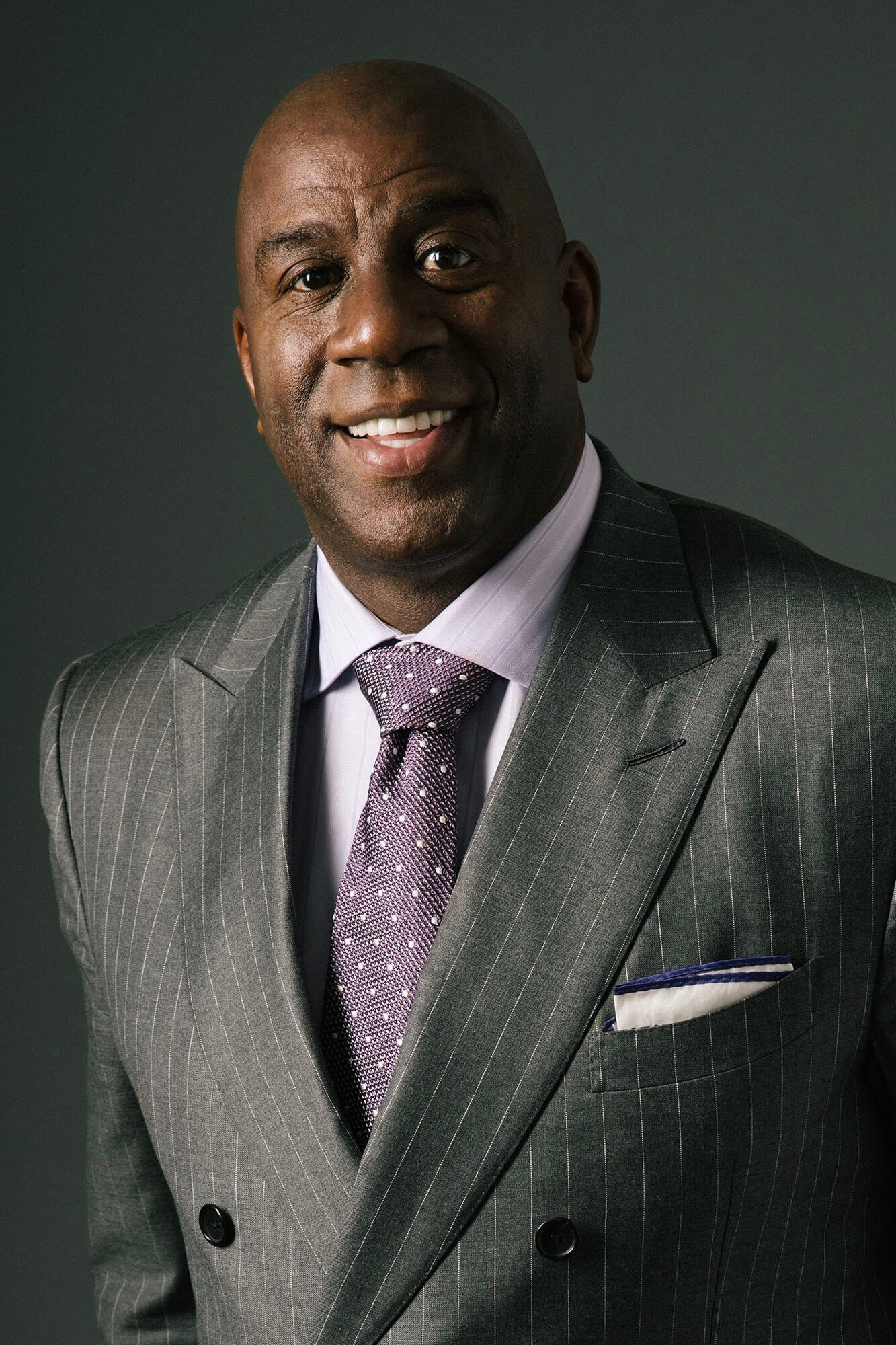 Having left the basketball court for the boardroom, Earvin “Magic” Johnson has successfully parlayed his skills and tenacity from the court into the business world as Chairman and CEO of Magic Johnson Enterprises (MJE). MJE provides high-quality products and services that focus primarily on ethnically diverse and underserved urban communities.

Still a commanding presence in popular culture, Johnson made history in 2012 when he became co-owner of MLB’s Los Angeles Dodgers. He also co-owns the Los Angeles Sparks of the WNBA, Major League Soccer’s Los Angeles Football Club, and eSports franchise Team Liquid. He continues to expand his influence through his many businesses that include: EquiTrust Life Insurance Company, ASPiRE, an African-American television network and SodexoMAGIC, a food service and facilities management company.

The Lansing native is constantly evolving and remaining relevant in a dynamic digital age by broadening his scope into infrastructure and technology. Through a newly formed fund, Johnson is investing millions of dollars on infrastructure improvement in the United States.

He is also one of the leading investors in a number of minority-owned technology companies that include Uncharted Power, a company that uses their renewable kinetic energy solutions to generate clean, consistent, and cost-efficient power for communities, facilities, and the Internet of Things; ShotTracker, a company that makes wearable technology for basketball players that helps track player and ball movement; Jopwell, a diversity and hiring recruiting platform; Walker & Co Brands, a company that develops health and beauty products for people of color; and MiTú, the Latino-fueled media brand and digital network that connects thousands of Latin content creators with viewers around the world.

The Magic of Winning

Earvin “Magic” Johnson was the number one pick of the 1979 NBA Draft and one of the most talented and decorated players in the history of the NBA. After retiring from professional basketball, Magic has since turned his interest into entrepreneurship, philanthropy, and addressing the needs of ethnically diverse and underserved communities.

Already with a legacy on the court, Johnson is now leaving his legacy off the court through his company Magic Johnson Enterprises. In his presentation, Johnson delivers a passionate message about his life story and how we can make a difference in our community.