Yet, as previously discussed, it was the quick action by community banks during the initial days of this program that enabled PPP funds to reach small businesses in their hour of need.

At the time, all lenders had was a guarantee from the Small Business Administration that PPP loans to eligible small businesses would be forgiven if certain conditions were met. Despite many unknowns regarding the forgiveness process or how the recession would proceed, the following datapoints show community banks led the industry in ensuring all willing small-business clients could receive assistance. 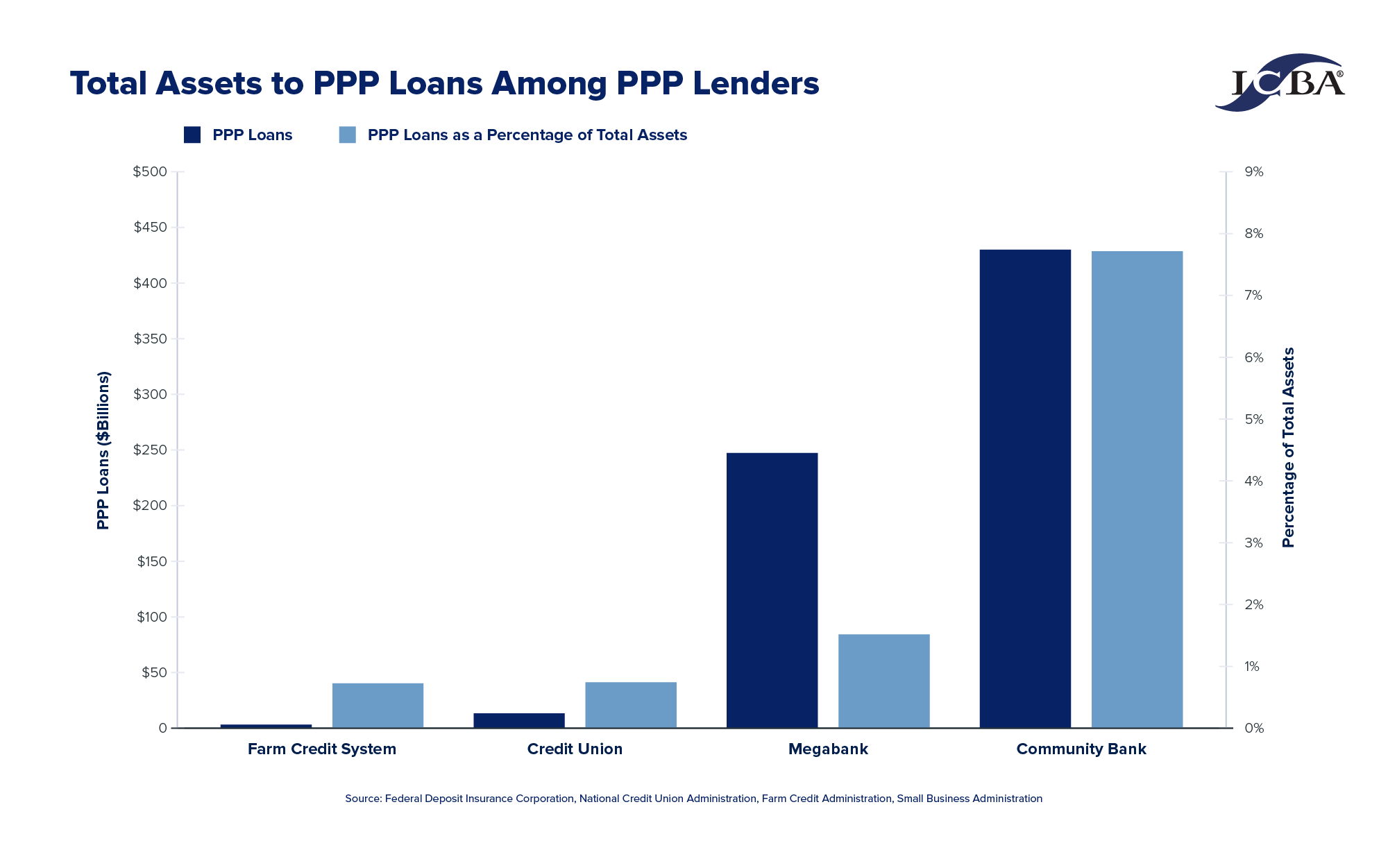 We already know community banks originated the majority of PPP dollars, as reaffirmed within Figure 1, yet their comprisal of total assets demonstrates the devotion of community banks to small businesses.

While community banks boast a modest share of total banking assets, when compared to other lenders, they devoted nearly 8 percent of total assets to PPP loans, as depicted by Figure 1.

These figures suggest that community banks, compared to other lenders, assumed an outsized role in originating PPP loans relative to their size. Further, they give credence to the many stories from community bank small-business customers of how their bank reached out proactively about accessing PPP loans. 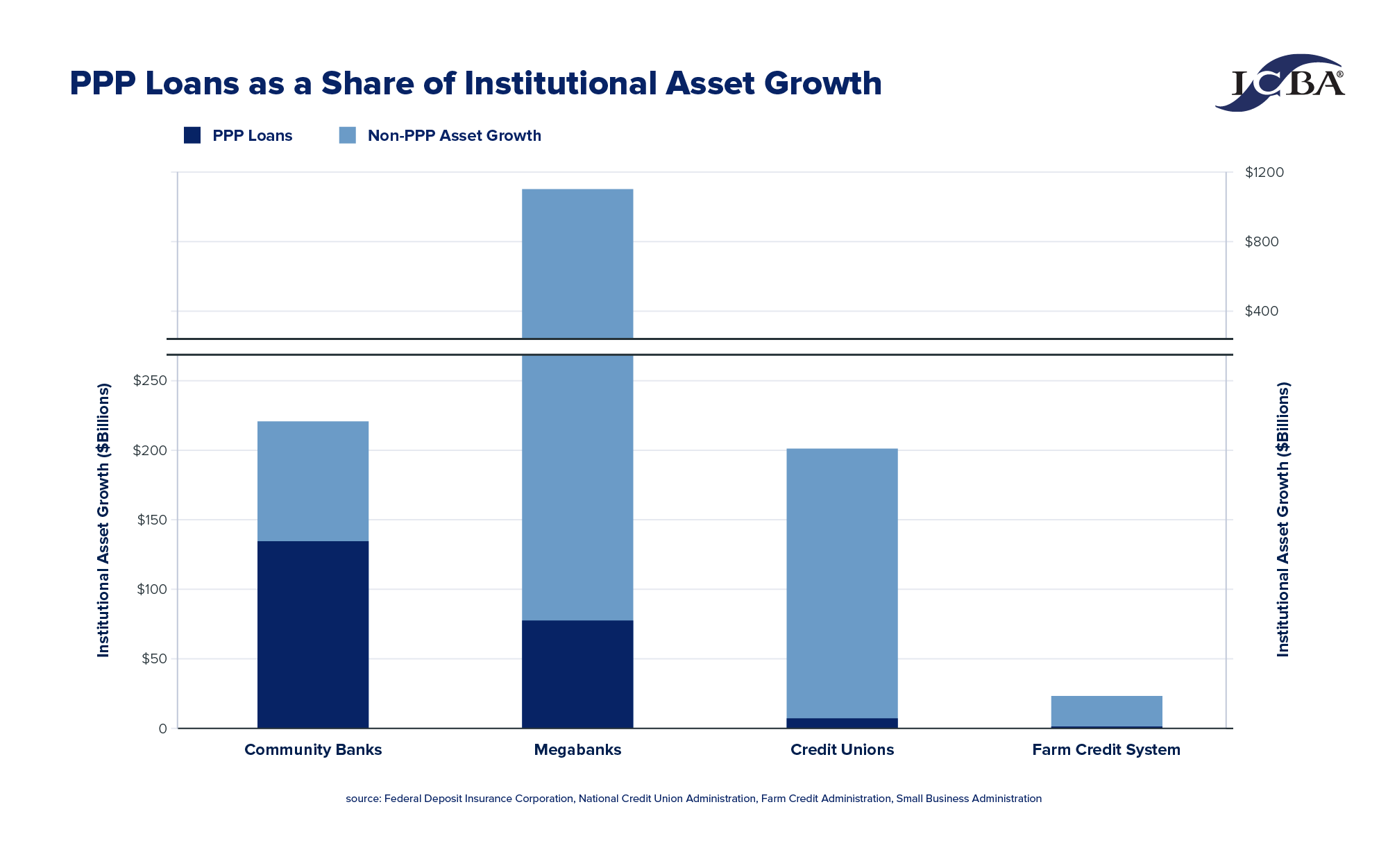 Growing with their communities

Nearly all financial institutions grew during the coronavirus pandemic, owing to increased demand for depository services and credit intermediation. However, the community banking industry’s growth largely stemmed from their PPP loan originations in support of local communities.

As shown by Figure 2, community banks accumulated over $250 billion in additional assets throughout the course of the coronavirus pandemic in 2020, 52 percent of which came from PPP loans to small businesses. In previous years, community banks generally posted an annual growth rate of $100 billion in total assets.

In all, the numbers clearly indicate many employees, businesses, industries, and communities are on the road to recovery because of community banks’ efforts to provide critical financial lifelines during one of the most significant economic contractions in modern American history.

While these feats are indeed extraordinary, they are in some ways just another example of community banks doing what they do best: serving as pillars of support for their communities.

Next time, we’ll explore how community banks served those most in need.